I apologise for the lack of posts! In short, I have a lot of projects and exams at the moment and have basically been freaking out by writing 7k of Simon Snow fanfic instead of attending to my blog, (Yay for procrastination! -_- But, yeah, it’s the first longer project I’ve done in a long time so I’m quite pleased in a way?)

It’s been a little while since I’ve done a Top Ten Tuesday, but HEY! I am Divergent! I cannot be predicted! I will do link-ups as I please even though it’s not in an ordered way! Top Ten Tuesdays is hosted by The Broke and Bookish, and this week the prompt is Top Ten Books on my Spring TBR List.

I haven’t read it yet… *sighs* It seems to be rather hard to get hold of here, but that’s not really a great excuse. I’ll be trying to read it soon.

2. Hold Me Closer: The Tiny Cooper Story by David Levithan

It’s a freaking Will Grayson spin-off. Very excited by this. Very. It comes out today.

3. Half Wild by Sally Green

Loved Half Bad, but some reviews complain of the copious amounts Annalise present in the sequel, which worries me slightly. Annalise is rubbish. Gabriel is way more awesome.

4. The Walls Around Us by Nova Ren Suma

It looks like a cool book. Cool cover. ‘Nuff said.

5. A Court of Thorns and Roses by Sarah J Maas

(May is totally still spring.) HAVE I TOLD YOU HOW EXCITED BY THIS no okay well here’s a gif to describe how I feel

The Selection isn’t one of my absolute favourites, but it was a fun read and I’m interested to see if keria Cass can get an more out of the idea. (I’m not going to lie, I felt like The One had a pretty final ending, but ah well. Still excited.)

I want to read this one so bad. London! History! Parallel worlds! Plus, both the UK and US covers are simply gorgeous.

8. We All Looked up by Tommy Wallach

I love this cover. It’s work of genius. I don’t really know what the books is about, but I’M TOTALLY ALLOWED TO PUT THIS ON MY LIST FOR THE COVER RIGHT

If it doesn’t get through to the Carnegie shortlist then I’ll probably read it anyway, because it looks pretty cool. Yeah. Also, I know I’ve said a lot about covers but this one is also rather pretty.

I’m getting strong We Were Liars plus Dangerous Girls vibes from this. Plus more cool covers. I MEAN LOOK AT IT ISN’T THAT CREEPY

So, that was basically about 300 words of me flailing about book covers. If this is now a thing, then I like it. Hopefully you’ll get updates on my fic writing and such, but I might be a bit MIA until next Tuesday, when my last project is due. I’ll see you then! If I make it out alive

(And psst, I got twitter. I’m quite liking it so far?)

I know that people say you should never judge a book by its cover, but it does make a difference. Sometimes, publishers decide to redesign perfectly decent book covers, and it really bugs me. Granted, there are some books that need them, but seriously?? IF PEOPLE LIKE IT THEN YOU SHOULD JUST LEAVE IT AS IT IS. Ahem. Sorry. 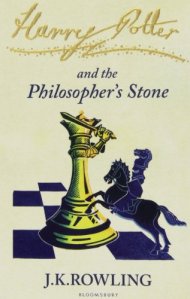 I don’t know if this is version two or three or four or whatever,  but I’ve never really liked it. I mean, they’re not bad, but I prefer the originals. (But some even-newer ones have just been revealed, and I don’t mind those. Oh, and all the new covers are on the left!) 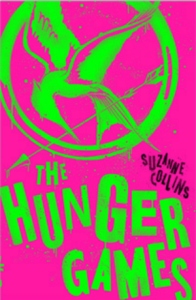 I’m a sucker for the more minimal cover art for THG, although it actually isn’t the original design. But I don’t like the new neon ones – they just hurt my eyes every time I walk past them in the bookshop. 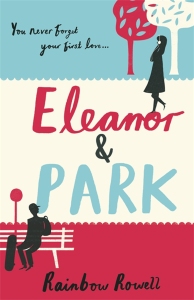 When I requested a copy of this for my birthday (I read it on Kindle) I had to specify that I should be bought the US cover rather than the UK one. It’s SO MUCH PRETTIER, guys.

I don’t understand why they had to change these and make them glossy, of all things. I hate glossy covers. 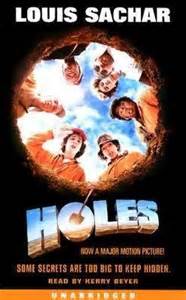 Movie covers are never great, but this one hurt me particularly because the original cover art was so awesome. I bought the old edition from Oxfam the other day, and it was just so…satisfying. Everyone loves a bargain, right? 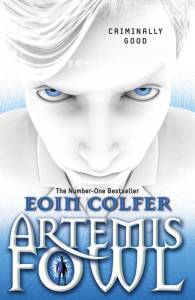 My friend and I have a personal vendetta against this one; they gave Artemis a goatee in some of them. He looks like even more of an idiot than he is. Plus, he would hate the cheesy tag line.

No! My eyes! Gloss! AND FACES! NOOOO! I hate it when they put photos of faces on books, and these ones make Cat look much less badass than she is. (By the way, apologies for the weird photo size.

Agree with me? Do you have any complaints for cover redesigns?

Hello! This is An Overthinking Teenager, normally found residing over at Rainbow Cakes and Rocky Road. This is my first guest post, so thanks very much to Apple for having me. Today’s post is going to be a Top Ten – the Top Ten things I would take to a desert island (if I wasn’t trying to escape, so no boats!).

Hereeee we go…
1. My iPod. This would give me something else to focus on, keep me distracted from my unfortunate plight and probably help me keep my sanity intact. Always helpful.

2. A portable charger for the iPod. Preferably solar powered, but even if it wasn’t it would keep my iPod juiced up for a bit longer.

3. A fully stocked e-reader. Like the iPod, this would keep me distracted. I normally prefer physical books to e-books, but the big advantage of e-readers is the quantity of books you can take with you in one item. Les Miserables, I’m coming for you.

4 & 5.. Authentically tea-stained paper with an old-fashioned fountain pen. All the better for creating a complicated treasure map promising everlasting riches, leading to absolutely nothing. I’m cruel, aren’t I?

6. Pringles. I need to stay alive somehow, and what better way than with a stockpile of BBQ Pringles? Seriously, I’m in love with Pringles.

7. Sun cream. I have incredibly pale skin. In junior school, our PE kit was white shorts, socks, and polo shirt. My mum asked if I thought I could get away with wearing my navy games shorts, so I could look slightly less like a milk bottle. Therefore, suncream is a necessity if I’m going to avoid looking like a lobster. A ketchup-covered lobster, to be more precise. Swimming in tomato sauce.

8. Washi tape. This thin, patterned masking tape style tape is addictive. Seriously, you could spend hours covering everything in sight with it.

9. A notepad. Using the fountain pen from number 5, I could while away the hours writing Poet Laureate-worthy poetry and prose, only to be discovered after I’ve tragically died of starvation, causing me to showered with awards posthumously…

10. My stuffed giraffe. Giraffe, as he is inventively named (or Geronimo on special occasions) has been with me all fourteen years of my life, and I feel he could fit in quite well in a desert climate.

So there you have it, my top ten essentials for a desert island…what would be most important to you? Feel free to leave your comments below 🙂
Thanks again for having me, Apple!

This guest post was written by An Overthinking Teenager of Rainbow Cakes and Rocky Road. If you enjoyed reading then please go and check it out!