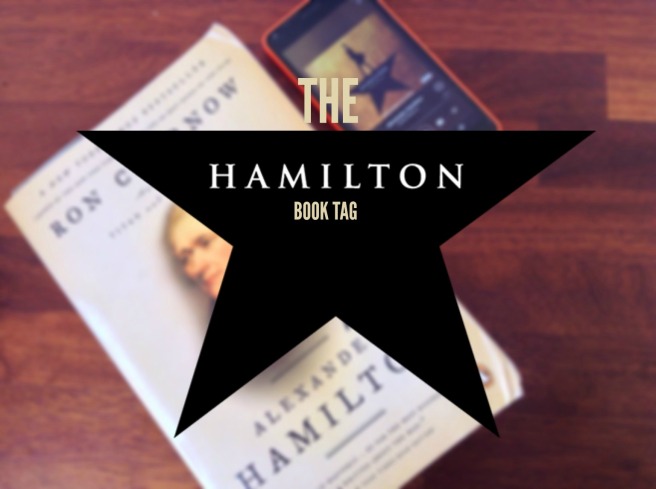 This tag has been a long time coming. I’ve been obsessed with the musical Hamilton for about a year now, and I’ve professed my love frequently on both this blog and social media! (Along with many other things. :P) A while back I did the Les Mis Book Tag, so I think it’s only fair that I now give centre stage to the revolutionaries across the Atlantic! Although I wasn’t actually tagged for it, I found this on Chasing Faerytales; it was originally created by Maureen Keavy. 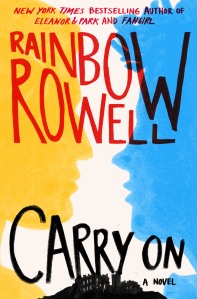 The Room Where it Happens: a book world you would put yourself in

Well, I probably should say Harry Potter. Because I love the Wizarding world, and I also love magic, and the Ministry of Magic also SUPER needs reforms. (Has anyone noticed the utter lack of democracy? Yeah, no.) But I have to confess that I think I’d go to Watford from Carry On! Because the spells are based on popular idioms, and I am a language nerd. And also because I like cherry scones.

*waves hands around frantically* I HAVE SO MANY CHOICES FOR THIS GUYS. I’m frequently upset by the lack of love given to girls in books. (Ginny Weasley! Agatha Wellbelove! Blue Sargent!) But I think I’m going to go for Cosette Fauchelevent from Les Mis, because I have been in love with her since forever. Asdfjkl she is just an amazing kind goddess person and I find it difficult to express my affection. ❤

My Shot: a character that goes after what they want and doesn’t let anything stop them

This description definitely fits Kate Harker from VE Schwab’s This Savage Song. (I know it’s Victoria Schwab in the US, but my UK version says VE. So I AM GOING WITH THAT.) I mean, she definitely has a lot more depth beneath her cold ambitious exterior, but she is still a very scary girl. You know, killing monsters and all that.

Stay Alive: a character you wish was still alive

I mean, this applies to every single character from Les Mis, but that’s a given. 😉 I don’t want to spoil too much so I’ll put it in white, but: ALED’S DOG FROM RADIO SILENCE BY ALICE OSEMAN. Literally the most heart-breaking thing, oh my goodness. (And yes, that counts as a character.)

Burn: the most heartbreaking relationship you’ve ever read

There are rather a lot of contenders here – particularly Rainbow Rowell’s Eleanor & Park — but one that sticks out to me is Fans of the Impossible Life. It’s not the most well-known book ever, but I ADORED it and I 100% recommend it if you’re looking for an awesome contemporary YA with queer characters. Anyway, all three of the main characters are (kind of?) in a relationship and you sort of know it’s coming, but… you feel the pain anyway. And I swear this isn’t much of a spoiler. IT’S ON THE FIRST PAGE.

You’ll Be Back: sassiest villain

Man, I’m going to have to go with another Schwab: Victor Vale from Vicious this time! Aside from the obvious awesomeness of this book, Victor has a lot of great angsty cutting lines. 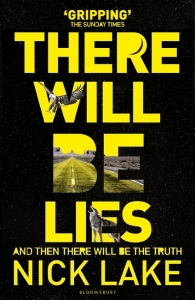 The Reynolds Pamphlet: a book with a twist that you didn’t see coming

There Will Be Lies by Nick Lake is the most plot twist-y book I have ever read. Not only is there one crazy twist, but multiple. I even forgot they were coming when I re-read it. PROPS TO HIM FOR THAT.

Non-Stop: a series you marathoned

I read The Mortal Instruments + Infernal Devices over the summer two years ago (wow, that sounds so long!) but more recently I marathoned the first three books of The Raven Cycle. I finally gave into the hype and got out all three from my public library! It’s safe to say that I fell in love and haven’t looked back. 😛

Yes! That is a non-YA book you see! Although David Mitchell’s Cloud Atlas is probably more well known, I was astounded by his ability to differentiate no less that 9 (9!) first person perspectives in this. All writers should take notes on character voices. *nods* Each story has its own flavour, and you wish that they didn’t finish so soon! I’m always so interested in fleeting connections with other people’s lives, so this was perfect for me.

Who Lives, Who Dies, Who Tells Your Story: a book/series you feel will be remembered throughout history

Harry Potter is the obvious answer for a modern book here. And I’m pretty sure that it will be remembered for an awfully long time! But, you know, I’d also hope that Shakespeare’s plays and Victor Hugo’s Les Miserables would also make it through. (I know this is the Hamilton and not the Les Mis book tag. I JUST HAVE A LOT OF FEELINGS ABOUT MUSICALS. As I’m sure you all know by now haha.)

are you a hamilton fan like me? which song is your favourite? and if you enjoyed this, check out my les mis v hamilton fandom battle!

One more thing: I’m going to be away with absolutely zero wifi between 24th July (Sunday) and 4th August. Unfortunately I won’t be able to talk to you during that time, but I’ll be catching up as soon as I get back!

5 thoughts on “The Hamilton Book Tag”