This week’s Top Ten Tuesday was technically supposed to be the top ten topics from the last five years, but alas I don’t think I’ve been doing this quite long enough. However! Don’t worry! Instead I’ve just chosen next week’s topic, my top ten books so far of this year. (I’m very sorry for ruining the consistency in your blog-reading.)

1. Vicious by VE Schwab Think superheroes, but with a much more pleasing amount of viciousness. Yes: it was dark and it was violent and – okay, maybe I didn’t read it quite as fast as ADSOM, but it was still excellent.

2. The Darkest Part of the Forest I still didn’t love it as much as the Curse Workers, because those books are my violent and murderous soulmates, but this was still wonderful. It had cool girls and tricksy fae and ridiculously effortless writing. *nods in approval*

3. Trial by Fire I devoured this. Literally. Like a cake. I was devastated when I found that I had to wait until SEPTEMBER to get the second one. It comes out the same date as Queen of Shadows, which only adds to my growing Throne-of-Glass-Rowan confusion…at least we’ll get all the pain out the way at the beginning of the month, I suppose. 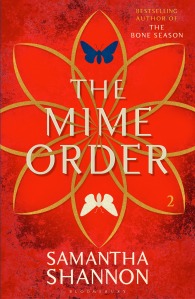 4. The Mime Order by Samantha Shannon This was actually better than The Bone Season for me. I mean: London! Magic! Crime! What more could a girl want? Samantha Shannon is a very cool lady. (YALC HERE I COME.)

5. A Darker Shade of Magic by VE Schwab See above. London, magic, and crime are my jams. This rocketed straight to the top of my favourites and honestly I don’t know how I survived before. The hype is real. The magic and characters and writing are all asdfjkl can we just talk about how amazing this book is? 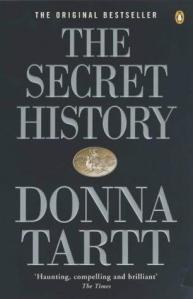 6. The Secret History by Donna Tartt Tumblr made me read it, I’ve got to say. I don’t think I understood about 70% of it but it was fun to read. (This and The Raven Cycle are almost the only things that make Latin seem cool.)

7. Dreams of Gods and Monsters by Laini Taylor I just quite like sequels. It made me sad to bid farewell to this world, but I found this a lot quicker to read than the others. Mate, the wordbuilding. *sighs happily*

8. The Rest of Us Just Live Here by Patrick Ness This was an ARC, but…IT WAS JUST SO GOOD. I mean, we already knew that Patrick Ness was cool, but this book is literally the epitomy of #VeryRealisticYA. So much snark.

9. Dangerous Girls by Abigail Haas Another book I read based on recs. I don’t normally read mystery sorts of things, but the ending in this absolutely got me. Great for munching on when you’re in a book slump. 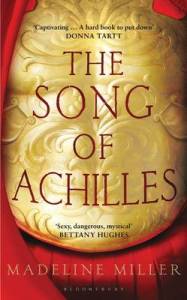 10. The Song of Achilles by Madeleine Miller Um, this might also be a Tumblr read? Can I just say: don’t read it in public places unless you want to be an emotional wreck incapable of thought for the rest of the day.

Read any of these? What did you think? What are your favourite books of 2015?